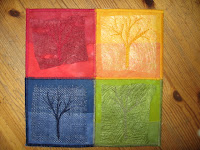 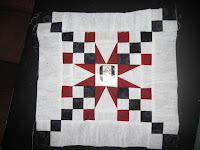 Normally I blog quite late at night - at the end of my day - but as I am off tonight up town with friends to see The Phantom of the Opera in the West End, I thought I'd best post now, so I don't forget - not sure what time we're getting back, but it won't be particularly early. [I tell you - one of the reasons I blog late at night has just been illustrated by the fact that it has taken me 20 minutes to write this post, due to being constantly interrupted by people wanting unimportant things - Sarah wants me to help her do something on a game, Alex wants to know the words to We Wish You A Merry Christmas, Geoff wants to know if he has a pair of trousers in his wardrobe suitable to wear to some event at this conference he is going to in Barcelona (don't even ask why I have to answer that question!) - grr.]


Anyway, Olivia was back to school today, feeling much better, though a little tired still, but Alex was home from school - he has the same thing, only not nearly as severely -but as his birthday party is on the weekend, I thought it best if he stay home today and rest - then he can go to school tomorrow and be well for his party - hopefully. Anyway, he had a quiet day at home mostly watching DVDs, after a quick trip out to Wimbledon to run some of the errands that have been piling up (and in addition, to replace the toaster which decided to die last night - though nicely, for once it died BEFORE I went to the shop to buy something else, instead of directly after, which is what usually happens...)


Right, so, today's work was first to fix the block where I sewed a piece on backwards - not much work there. And then I did the piece above with the four different colour trees - it was an exercise for my online class about colour and mood - and actually, I am really pleased with the way it came out - and it's sparked a more definite idea of what I want to do for my group challenge "forest" - lots of little machine quilted trees in different coloured squares. I'll have to work out how many squares and whether I am going to join them before or after I quilt the trees (I'm inclined to attach them after, as the trees will be easier to do if they are in smaller squares) but those are small issue which can be dealt with in future - inspiration is the important part really, and this has helped a lot with that. 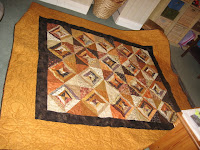 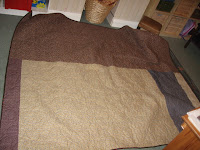 And thought I'd show this as well - it's the autumnal string quilt with the apple quilting, with the binding finished - hoorah. I finished it up last night watching telly & started the next one. Thought I'd show the back as well, as Atet and I have been talking about quilt backs - this one is pieced from one fairly large piece which was given me, and several other smaller pieces - nothing leftover from the top, but just general stuff which was hanging about. I do like finishing things!
Posted by Kate North at 4:07 pm

I really admire the piece with the trees in four colors. Great job on a class project!

The trees are very interesting. It's amazing what color can do. Love the string quilt too.
As for all the interruptions, been there, done that and now that they are all on their own, I miss that.

I love musicals, in fact I LOVE MUSICALS. My most favorite is The Phantom of the Opera. I hope you love it as much as I do.

I love the trees. The different textures give them more interest.

The tree piece is especially yummy. Hope you had a great time at Phantom.

Finishes are wonderful aren't they? It's been a while for me, but I think I remember how they feel! Love the back of that one too, I do remember that. My interruptions usually involve loud thunks coming from downstairs with me rushing to check out what I missed :0).

love, love, love the trees. I don't know why the primary colors and the trees just speak. Not your usual forest colors! Nice.

Hi Kate - enjoyed your long posts!! Love the 4 piece tree set - it really appeals to me.