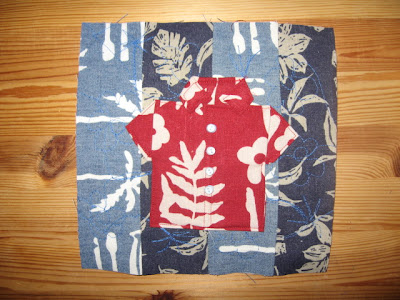 You know how sometimes you have great ideas and then you totally forget about them? Well, I had this idea recently that it would be fun to revisit the Year's worth of Journal Quilts I made from Nov 2007- Nov 2008, after my dad died (that was kind of the kick-starter, in some ways). I got the idea when I was moving the little box of quiltlets from one place to another in bookcase. And I thought - hey, I haven't looked at these in ages...I had planned to start in (you guessed it) November - as it would be 10 years since I'd done the project. And even if anyone reading this (does anyone beside me still read this? lol) was around 10 years ago, what are the chances that you'd remember the little quilts... I don't remember most of them. And then, because it was a little while until November, I, of course, promptly forgot the idea. I suddenly remembered it recently, for some reason, so I thought, what I'll do is show a few a week until I catch up to whatever week I should be in, if I'd remembered to start in November.   Hope you enjoy the nostalgia as much as I'm sure I will!

The idea of the pieces originally was simply to mark something about each week of my life that year - whether it be something I did or felt or just a general mood. I wrote about them at the time, just a short comment (usually) about the inspiration for the piece, as well as some notes about construction.

I'm going to use a combination of what I originally wrote about the pieces and contemporary commentary, just because it won't always be appropriate to just copy what I wrote before.  But all the work is old work; done ten years ago (unfortunately, I can't imagine having time for journal quilting these days - I wasn't working full time back then, so I had quite a bit more time for projects - ah, those were the days. Though I don't really want to go back to having three kids 10 & under...)

Anyway, this was the opening piece. It's 8x8", as are all of the pieces. The starting piece was made with Hawaiian shirt fabric from my dad's shirts, which my stepmother gave to me after he died with the request that I make some quilts from them. I did. I made loads. And then I made some more. And some more. There were about 25 shirts and my dad was 6'3" and broad in the shoulders, so the shirts were big. That was a lot of fabric - it's pretty much gone now, finally, but it took years. It still crops up in my scrap baskets and so forth, which is fun.

The small shirt on the piece is made by folding fabric; the buttons are added after. I did finish off the edges, with a zig zag stitch - nothing fancy.