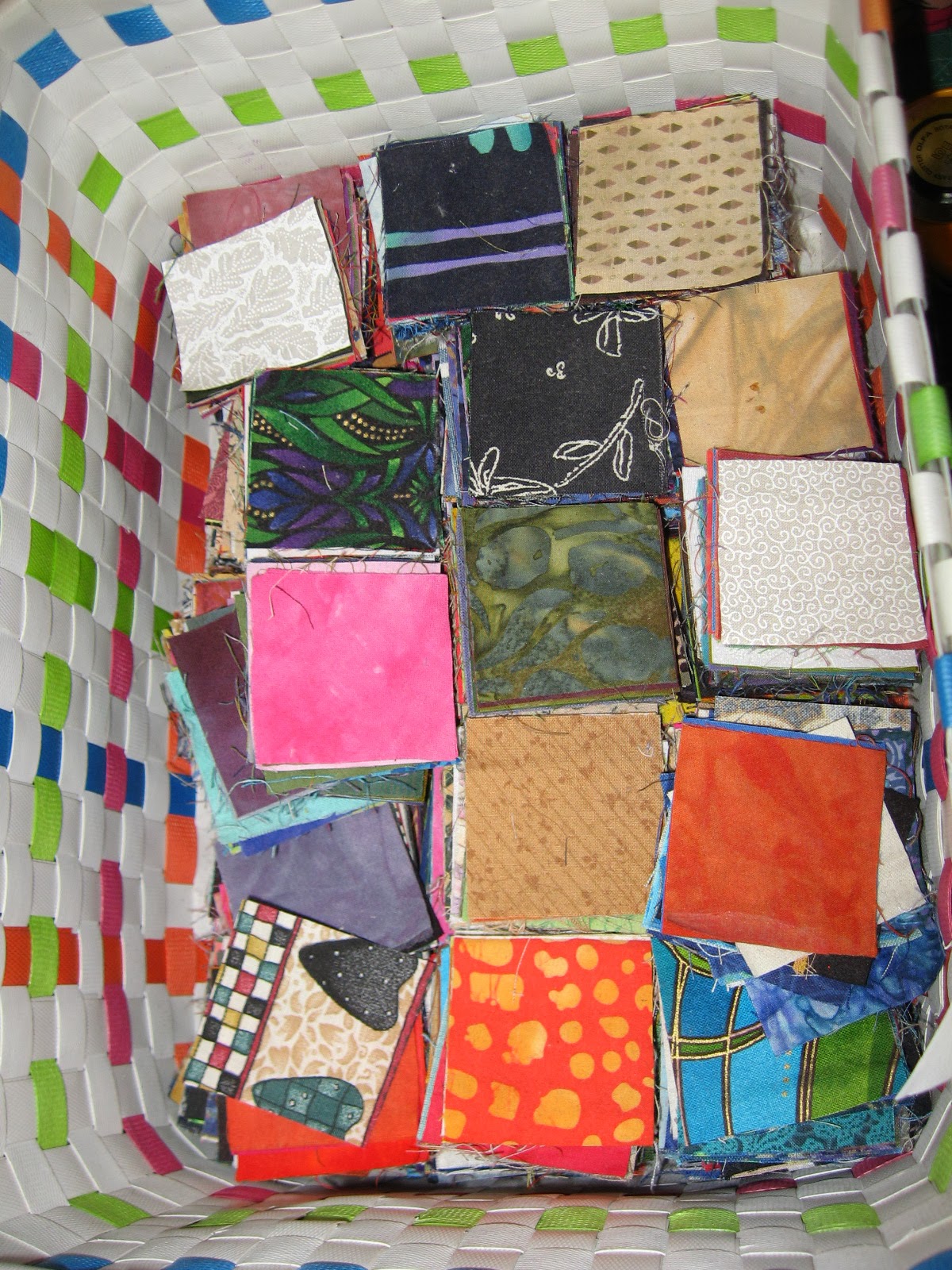 Look what else I found - yikes! A basket which I had thought empty on a high shelf actually contained all these 2" squares - I wouldn't want to guess how many, but I'm sure each stack had well over 100 in it, so...  Many of them are hand-dyes, I think they were the sample squares from when I used to do (and swap) dye runs. 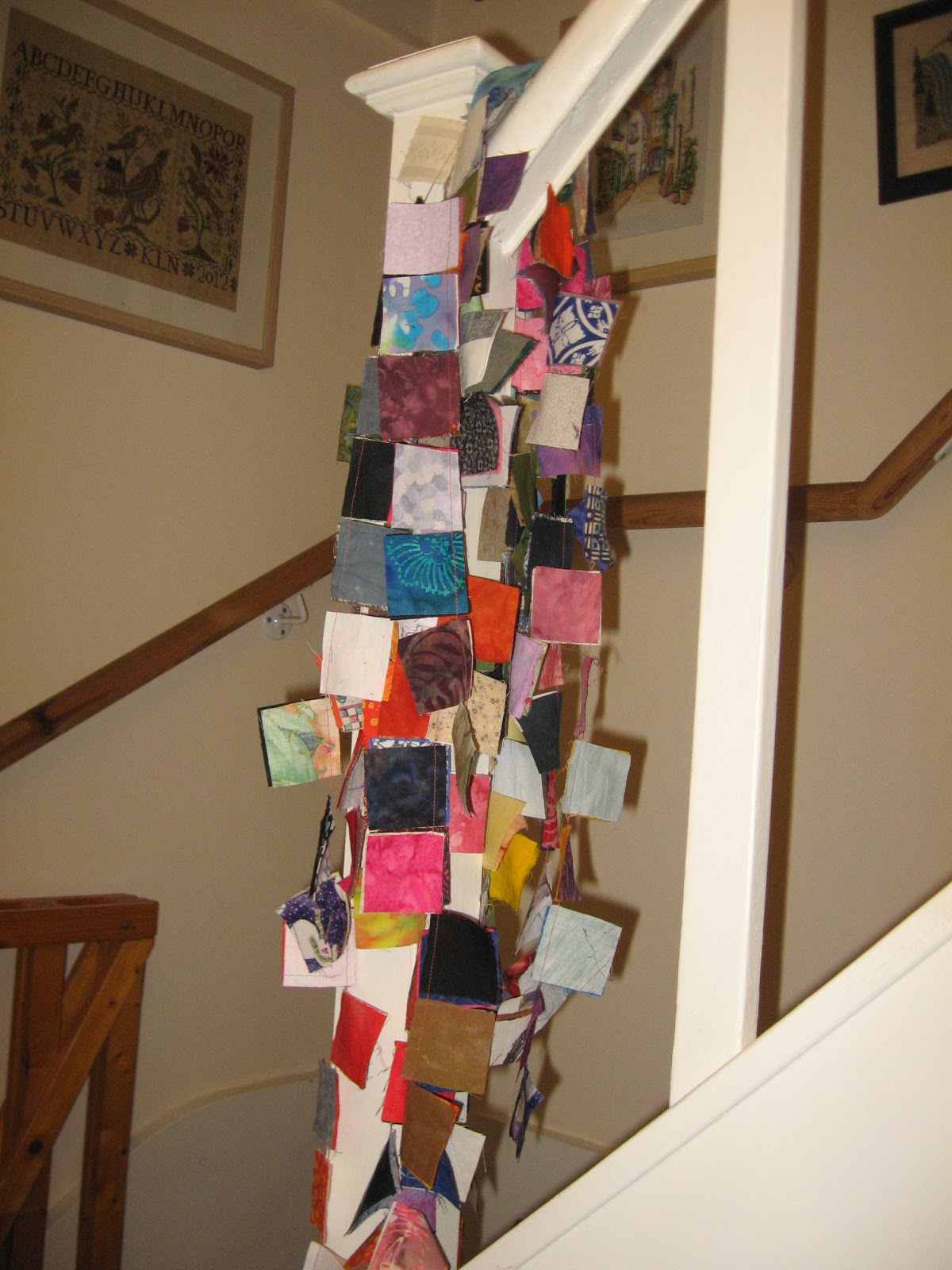 So I started sewing them together in long chains, which I will clip apart later.  Each pair has a solid and a non-solid fabric in it, which will help make things less busy when they are joined together into blocks. I did make a few into blocks straight away, as I wanted to use some of them with the 3" blocks I mentioned yesterday 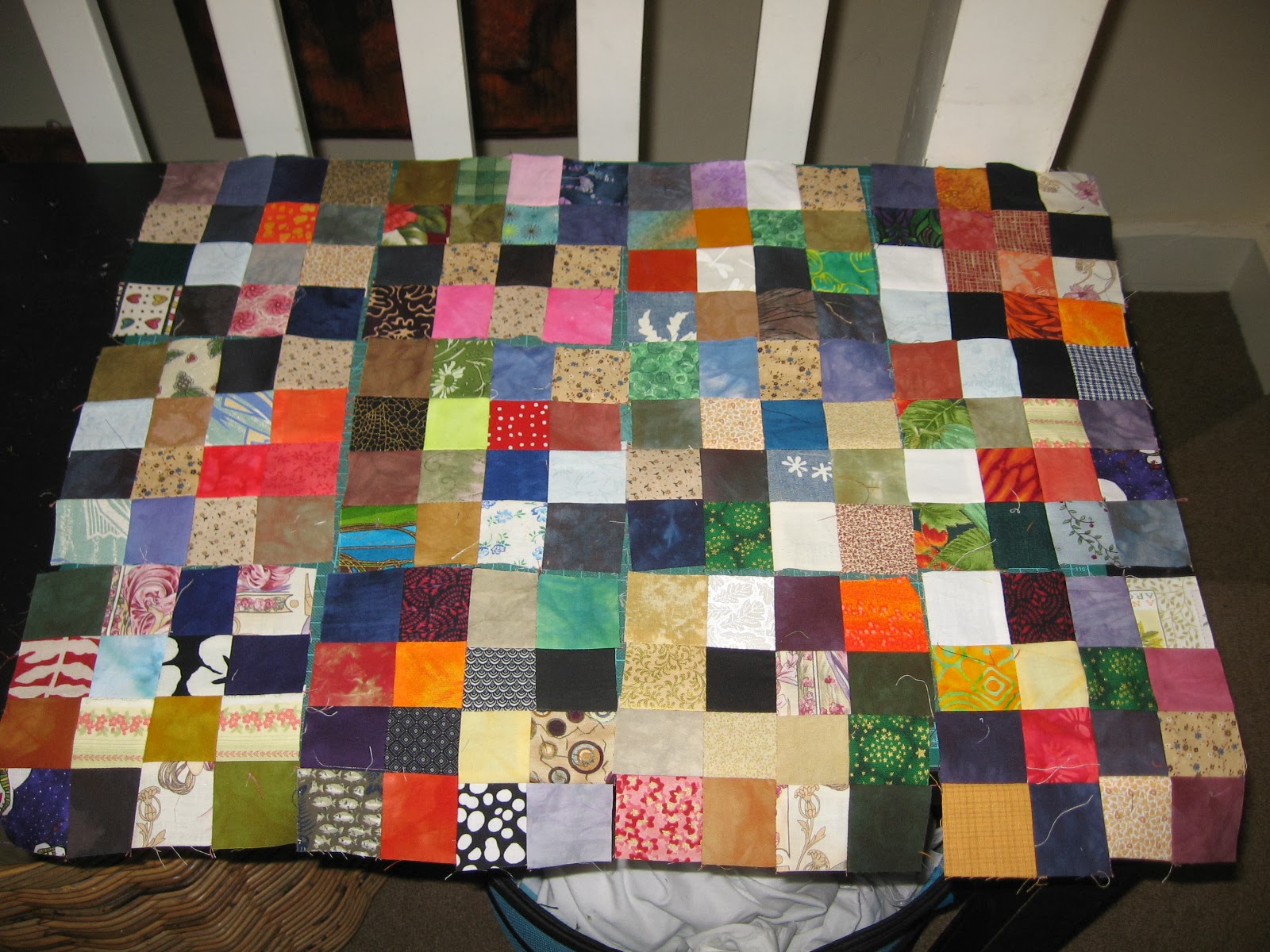 ...and with some blocks made from 2.5" squares, which had been my leader & ender project recently. 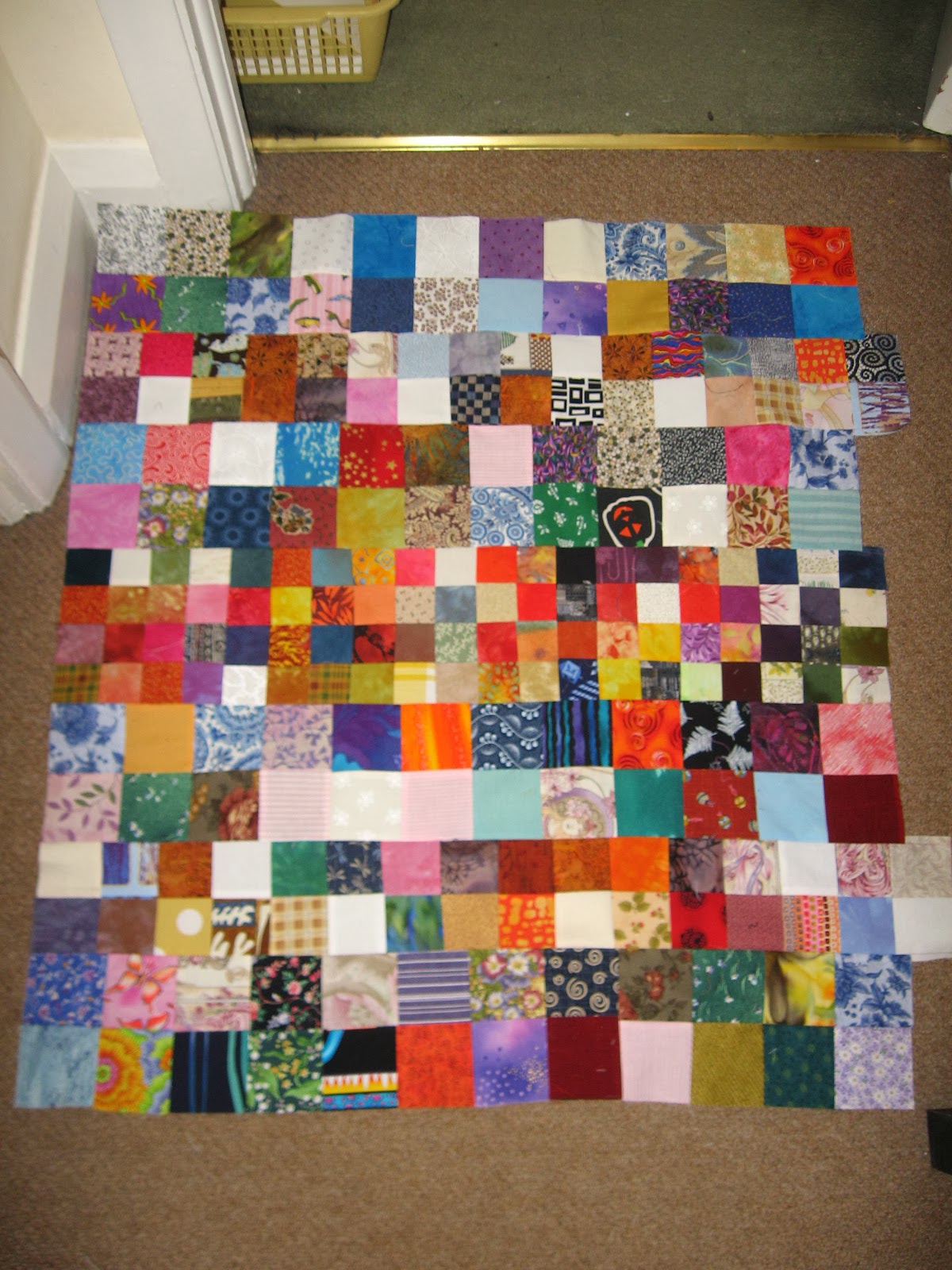 I think this mixed-size square scrappy quilt is kinda fun - and of course, it will get a border on it, as well, which will help. 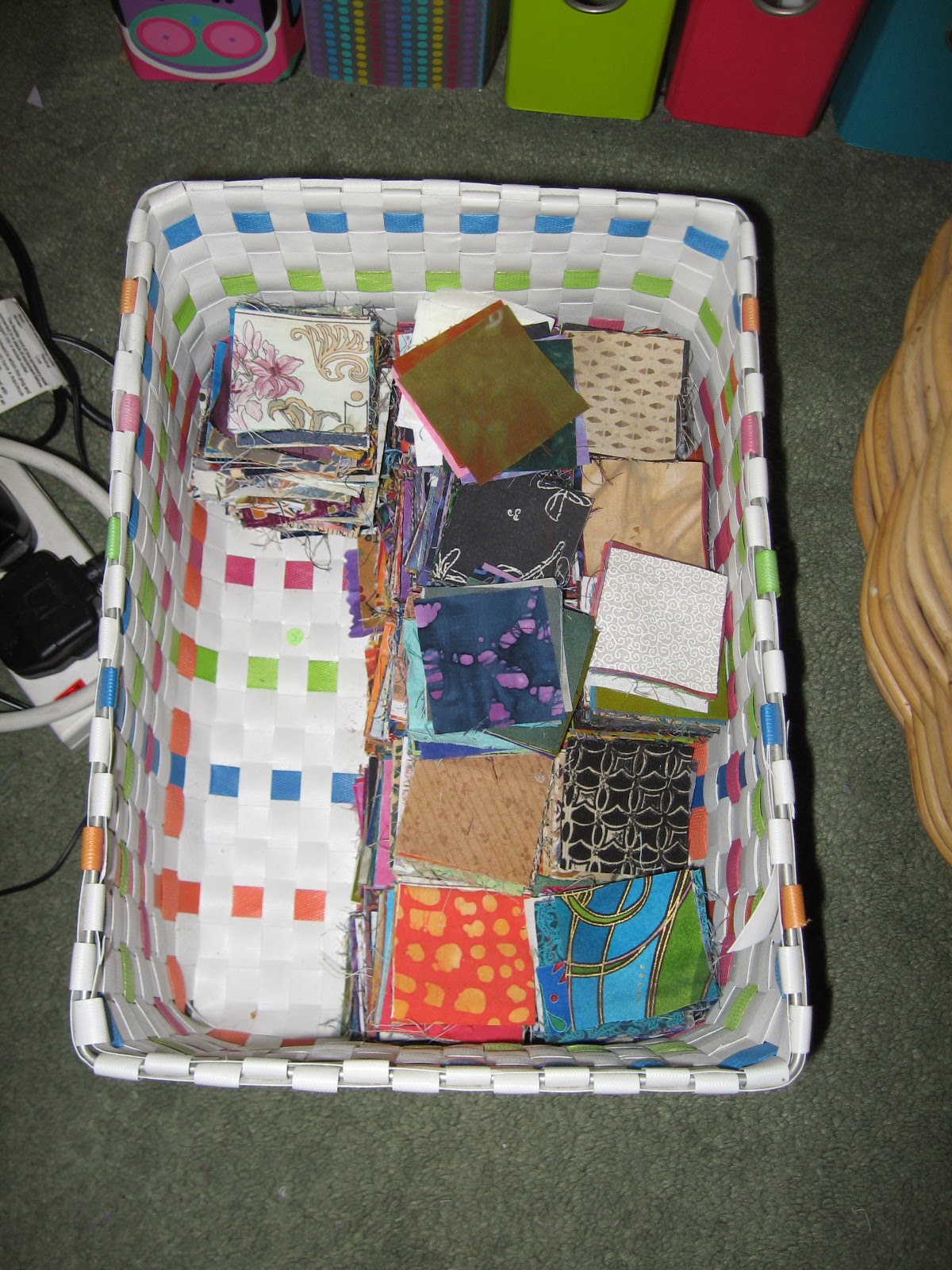 There are still, at this point, a lot of those 2" squares left, though!

Ohhh, I want to find a basket of squares! I love the scrappy quilt, it's going to be stunning, thanks for sharing x