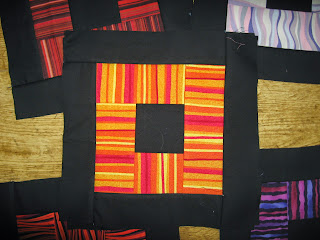 ...and here's what yesterday's cutting brought us to today (some of these blocks were made yesterday, I admit - I don't like to do tons of cutting at once - hard on the wrists - so I cut a little, sew a little, press a little - and so on). There are 20 blocks - 10" (unfinished) - 2 in each of 10 different stripes (a few look similar from a distance, but they are different, I promise). The centre was a 3" square to start with, so finishes at 2.5" - the next row finishes at 2" and the outside will finish at 1.5" when joined - so there will be quite a lot of black between them, but hopefully not too much. 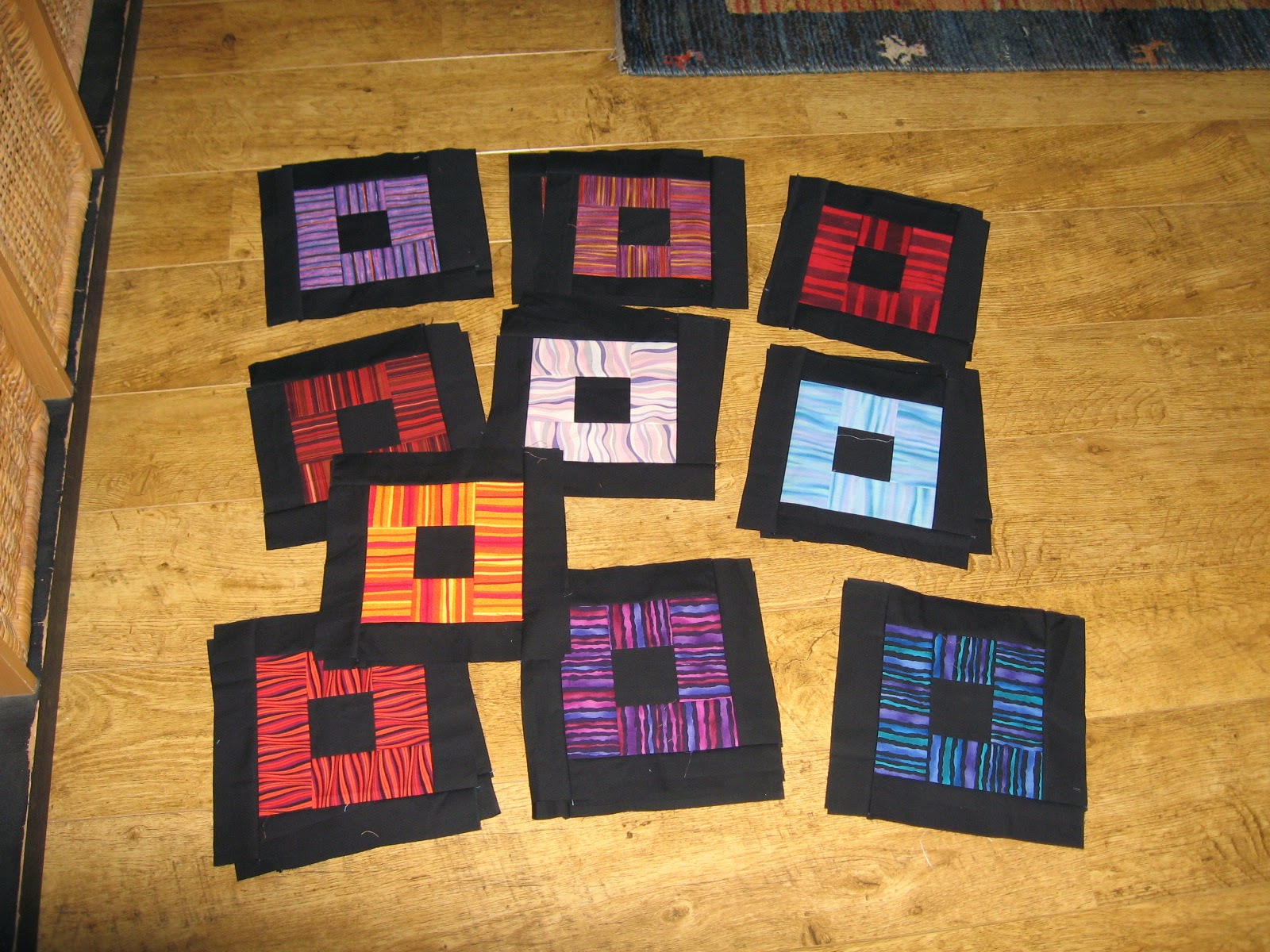 For the moment, they will join my Big Basket of Blocks, until I have time to put them into a top - probably during the half term holiday in a few weeks' time. But I might not do these - I might attack some older ones first - we'll see...  They were fun, though - they are more my natural instinct in terms of colour and style than some of the scrappy stuff I end up with.

These are really effective. I love the way the stripes play with the black.

They turned out really well.