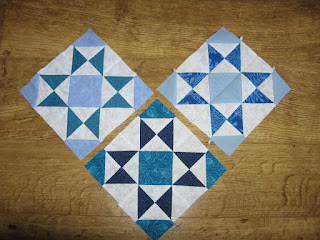 A few blocks made for the block lotto this month - just snuck in under the wire at the end of the month. It's fun to play along, though. 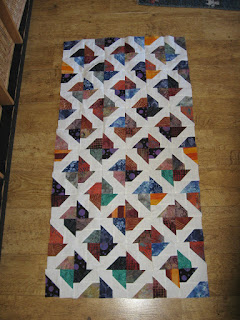 Made these blocks up into a top - a very long thin one. I'll add something along the sides later to make the size a bit better, but it's a nice pattern... 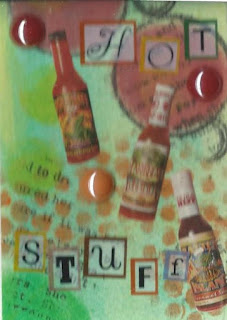 Two more cards which were made using pre-made backgrounds, with bits and pieces from my stash added... 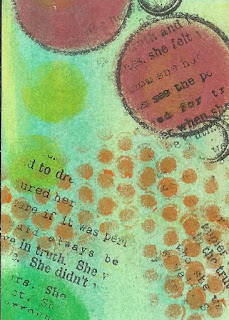 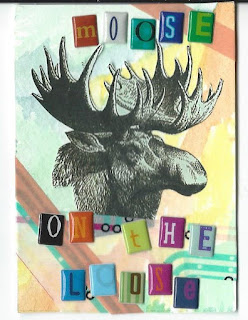 As you may be able to tell, I have a fondness for using lettering on cards! 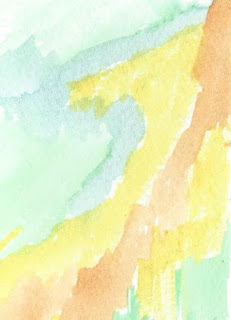 Posted by Kate North at 8:19 pm No comments: 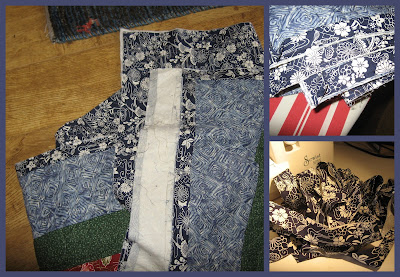 Another less thrilling job - making binding and putting it on a quilt, to be handstitched down. This is another wedding present, this one for a wedding in April, so I guess it's about time the binding was sorted! (It's not until late April, so I'm ok for time...)

Labels: finished quilts, gifts for others 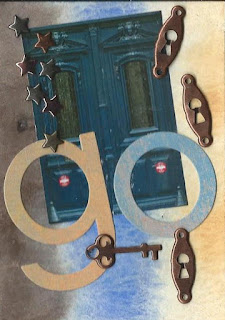 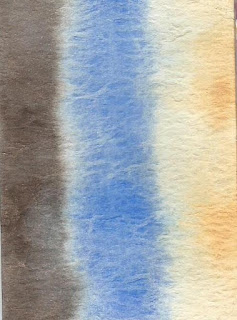 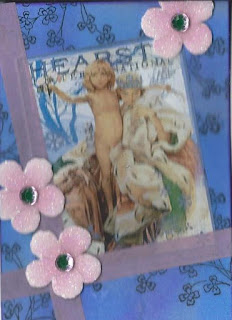 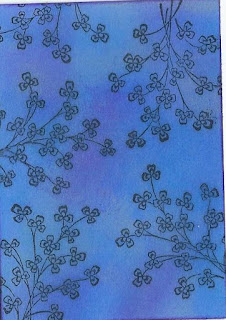 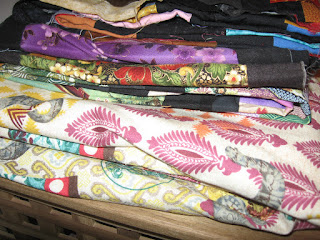 Very exciting sewing - a backing seamed together ready to go with a quilt to the longarmer. This will be a wedding present for a friend getting married this summer. Ok, not the most exciting bit of sewing ever - putting backing together - but an essential step towards a finished product. And the backing fabric is great. 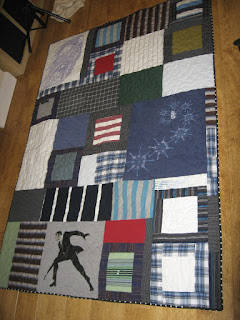 Here's the second of the shirt quilts - the binding on this one is very similar to the other - only it's black rather than navy. These are heading off home this week, hurrah! I think the new owners will be really pleased with how they came out. 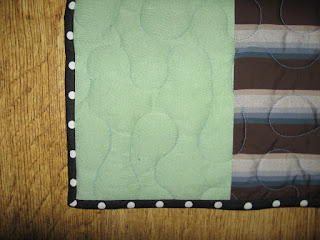 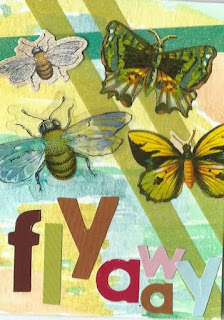 Another few cards with pre-made backgrounds. It's really interesting to work with other people's backgrounds. Sometimes they are very sparse and easy to adapt to whatever you like to do.  In some cases, though, they are already very busy and are harder to work with. 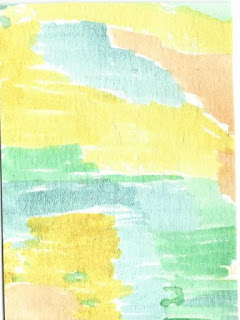 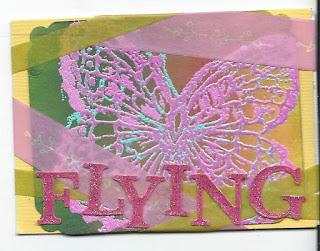 This one is an example of that latter thing. The card is almost finished already, just needed a few touches... 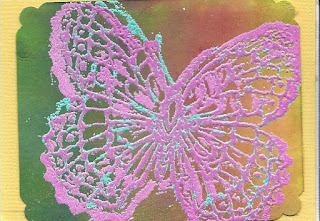 Posted by Kate North at 8:29 pm No comments: 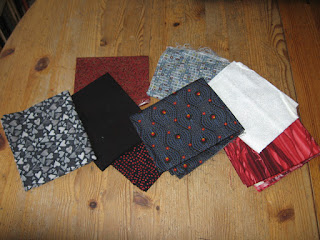 Well, today I worked on something I can't actually show (adding a round to the central block of a round robin), so I'll just show a selection of potential fabrics that I pulled out to work with. I only used a few of these in the end, so really, all you are getting is an idea of the colours I worked with.  Once the round robin is finished, I'll post photos of all the different rounds, including the block I sent and what I received in return! 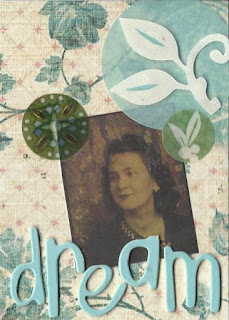 A couple more cards where I was either given the background as a gift or received it in a swap. I added the other bits to make a finished card. 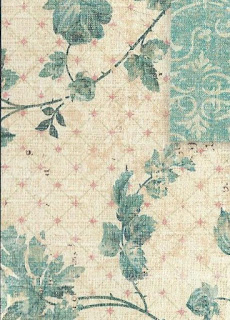 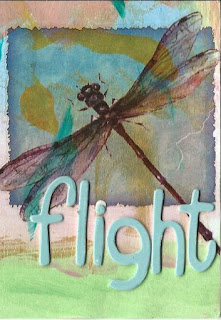 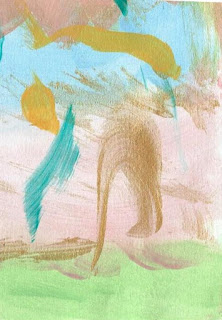 Posted by Kate North at 7:26 pm No comments: 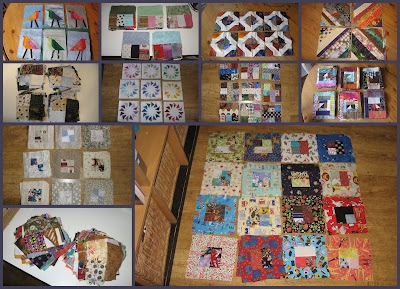 Here's another monthly update of my progress on working on my block sets. As we head into March, this is what I have waiting around.

In February, these sets were used, made into tops:


And I sort of added a set this month - or rather, I transformed part of one set into another: 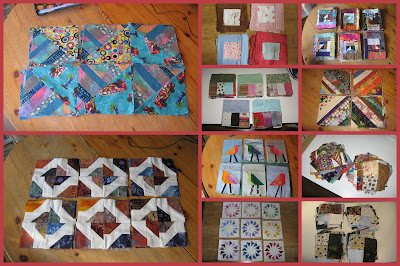