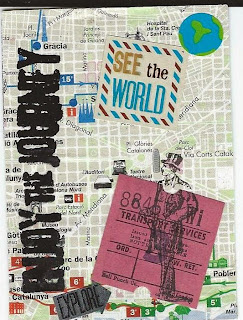 One of the things I like about working on round robin cards - which I've probably said before - is that you never know quite what direction they are going to take. Sometimes, they go in a fairly predictable direction - this isn't necessarily bad, mind you.  For instance, this set of cards started out as a map background with a bus ticket. It's a bit of a no-brainer that it would end up with a travel theme. 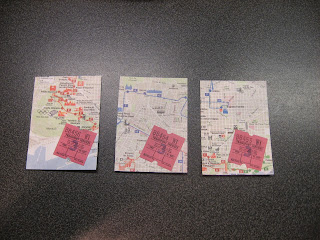 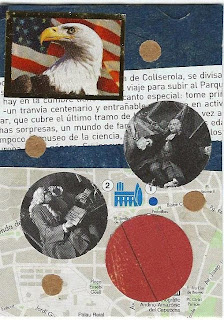 However, this one (for which I don't seem to have a scan of the starter), which started out as a bit of a map of Barcelona with some Spanish text, took a totally different turn. 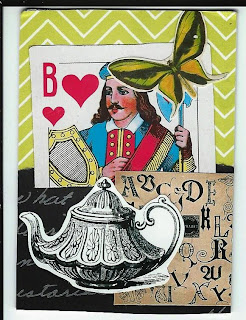 Of course, some background are fairly neutral - this one was just two papers - one green with zig zags and the other black with silver writing - not a set of backgrounds which screamed out a particular theme at all - I like where it went, though. 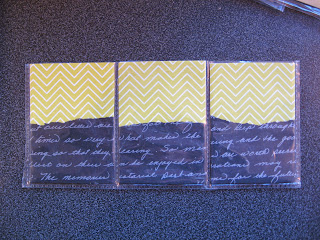