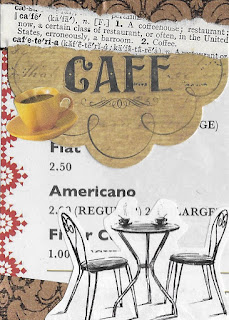 These cards were for a swap called "Finish it Up" - the host sent a few bits and pieces to the players, which we had to use in our cards. One was an image, one was a word or words and the other was some other sort of embellishment. I received the card with the word cafe on it, which also had a chair on it, which I used on another card. 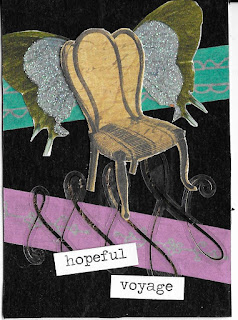 The swirly design on this was part of the embellishment I received - printed on thin plastic. 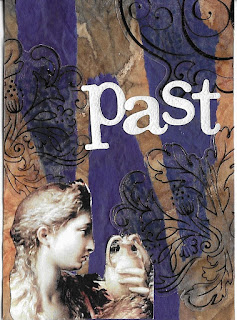 Here are some more pieces of the plastic embellishment I used, on this card. It didn't scan that well, as the background paper is purple. 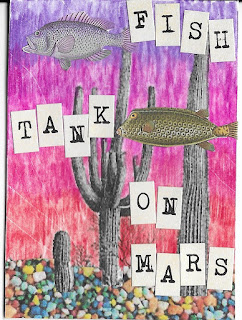 And finally, the image I receied was the cactuses - I kept them black and white and coloured the background of the page, then added a photo of some aquarium gravel.