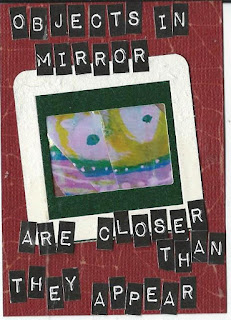 This was a fun kind of swap - a "Trash to Treasure" swap - meaning that the hostess sends you an envelope of goodies and you have to use at least some of them in making your cards - though usually you can (or sometimes are required to) alter them as you see fit. You are also allowed to add your own things, of course.

With this card, I used part of a slide frame (taken apart from the actual film of the slide), some translucent film and picture of a creature, which, when folded into the frame looked a bit like a monster. The lettering is my own. 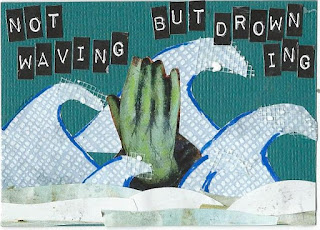 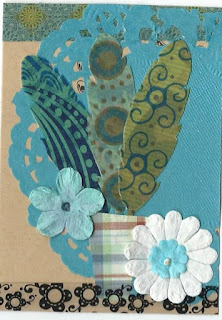 here, I received the doily, the bottom washi tape, the feather die cuts (which I covered with my own washi tape and cut out again) and the paper which I cut the vase from. The paper flowers are my own. 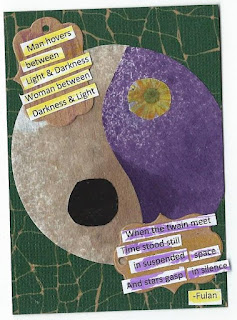 And finally, the filter paper of the yin & yang was received in the swap, the two things from which I cut the circles as well (the dark one is actually cut from the film part of the slide mentioned above), and the two tags. I added the quotes as well as spraying the filter paper with spray ink.