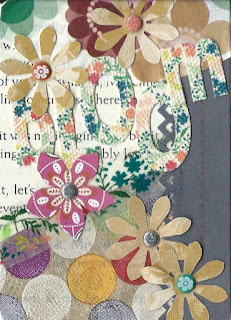 These four ATCs were made as part of a "Trash to Treasure" swap - the hostess sends the players and envelope of goodies culled from her personal stash, and you have to use at least some of the items in the cards. You are allowed to add some things of your own as well. Here's some description of what I did with items I received. It was originally posted on my trading forum, where the readers would have received the same (or similar) items, but it will help you see what was sent and what was added.

"Bloom" uses the bookpage as background, some of the napkin, part of the paper cake case, the bit of border card and the punched flowers. I added my own washi tape, sticky letters, and decorative brads. 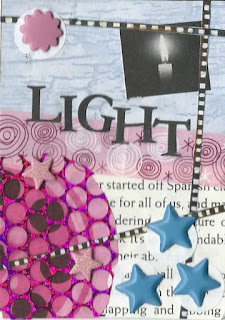 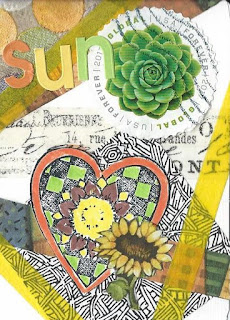 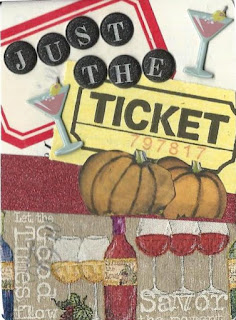 Finally, "Just the Ticket" uses a bookpage for background, part of the napkin, the red bordered sticker, the ticket (I kept the half which says "keep this coupon" - it seemed churlish not to! lol) and the pumpkins are cut from the notepad. I added the stickers for "just the" and the two drinks glasses (which are actually decorative brads).