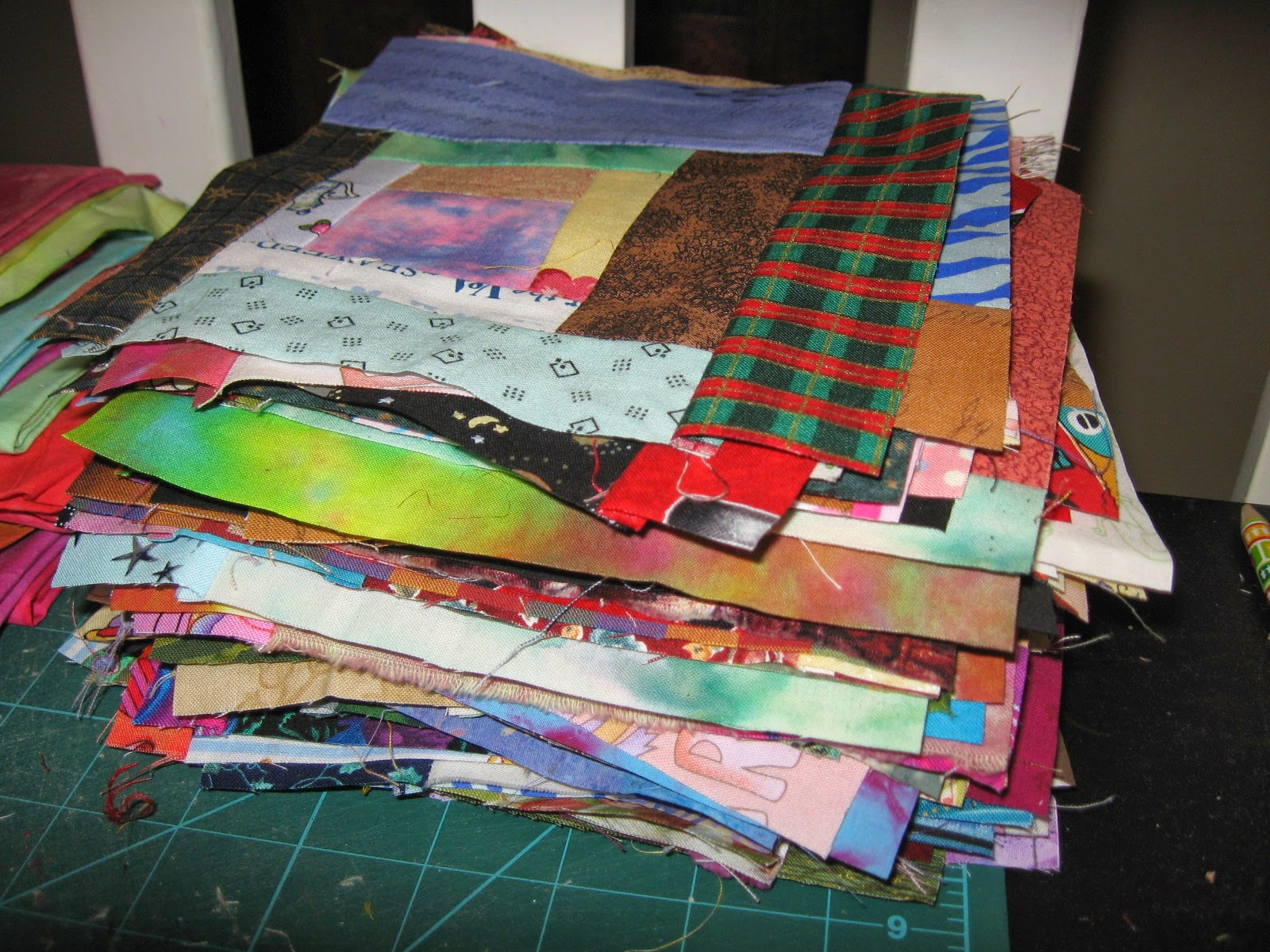 Well, here's the finished pile of scrappy blocks from the past few days of sewing. I spent most of today sewing - well, at least about 4 or 5 hours - gotta love having 2 weeks off. It was raining anyway, so it's not as though we could have done much... 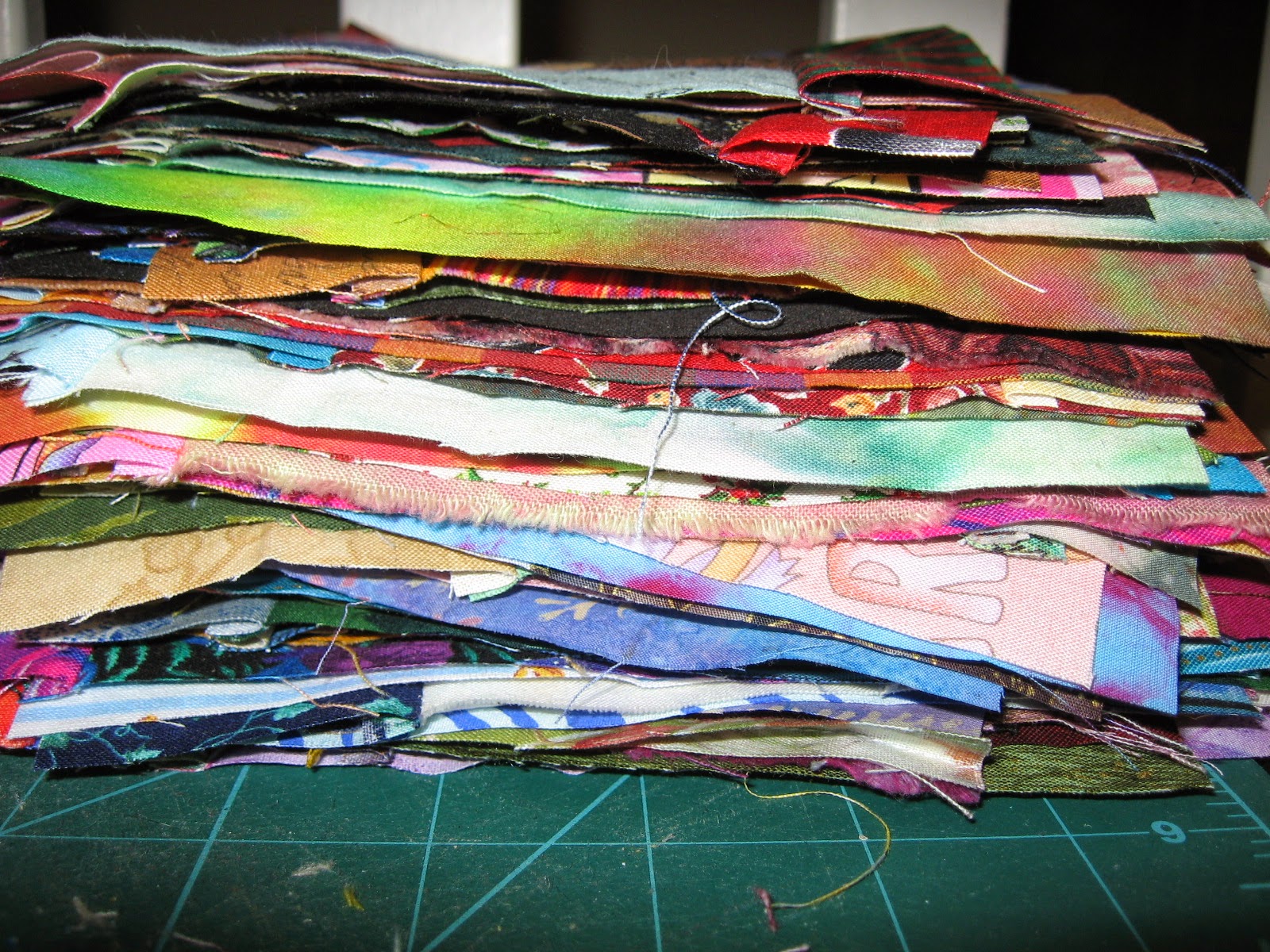 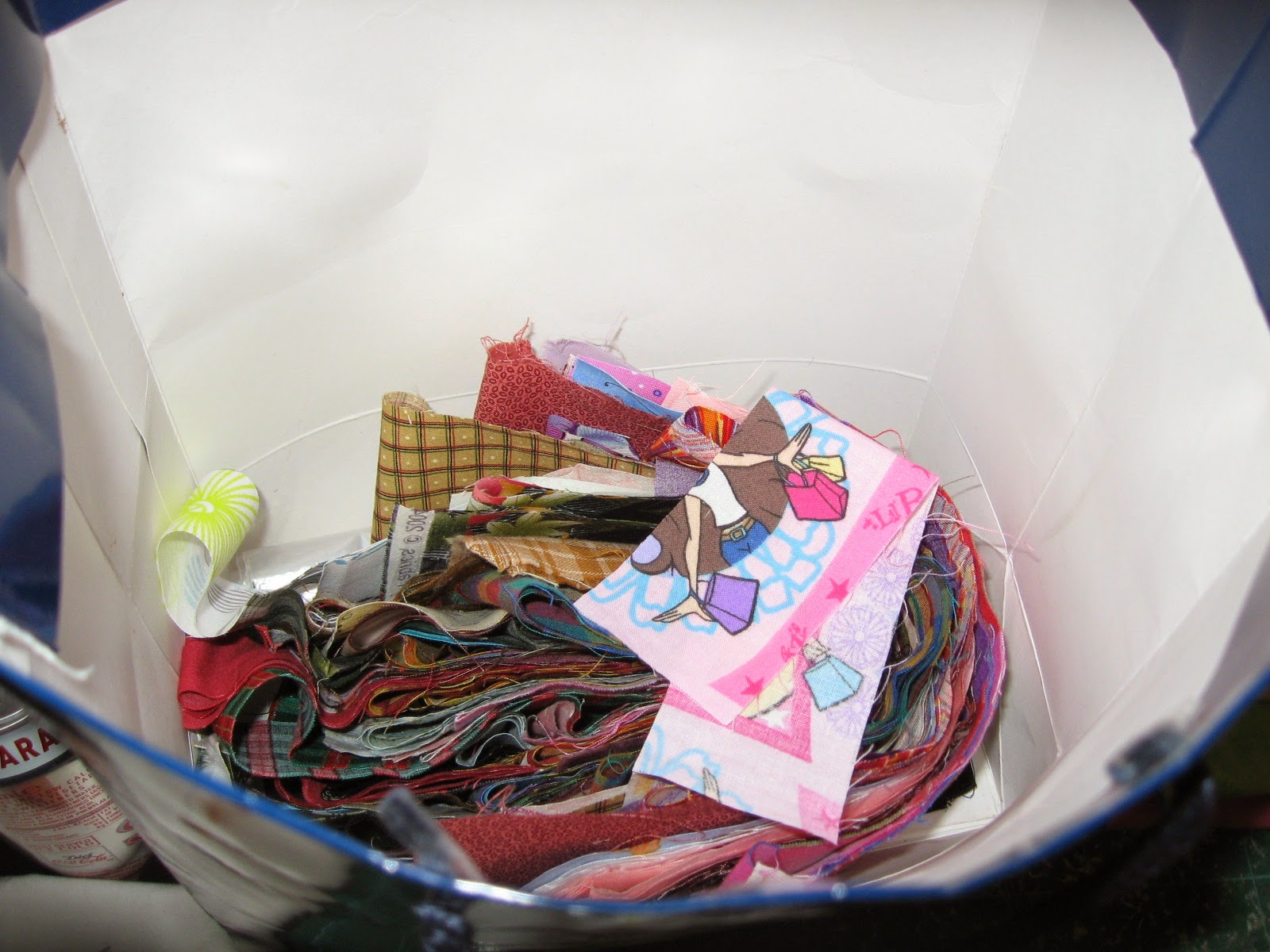 It made a huge dent on my strip bag, which was full prior to this 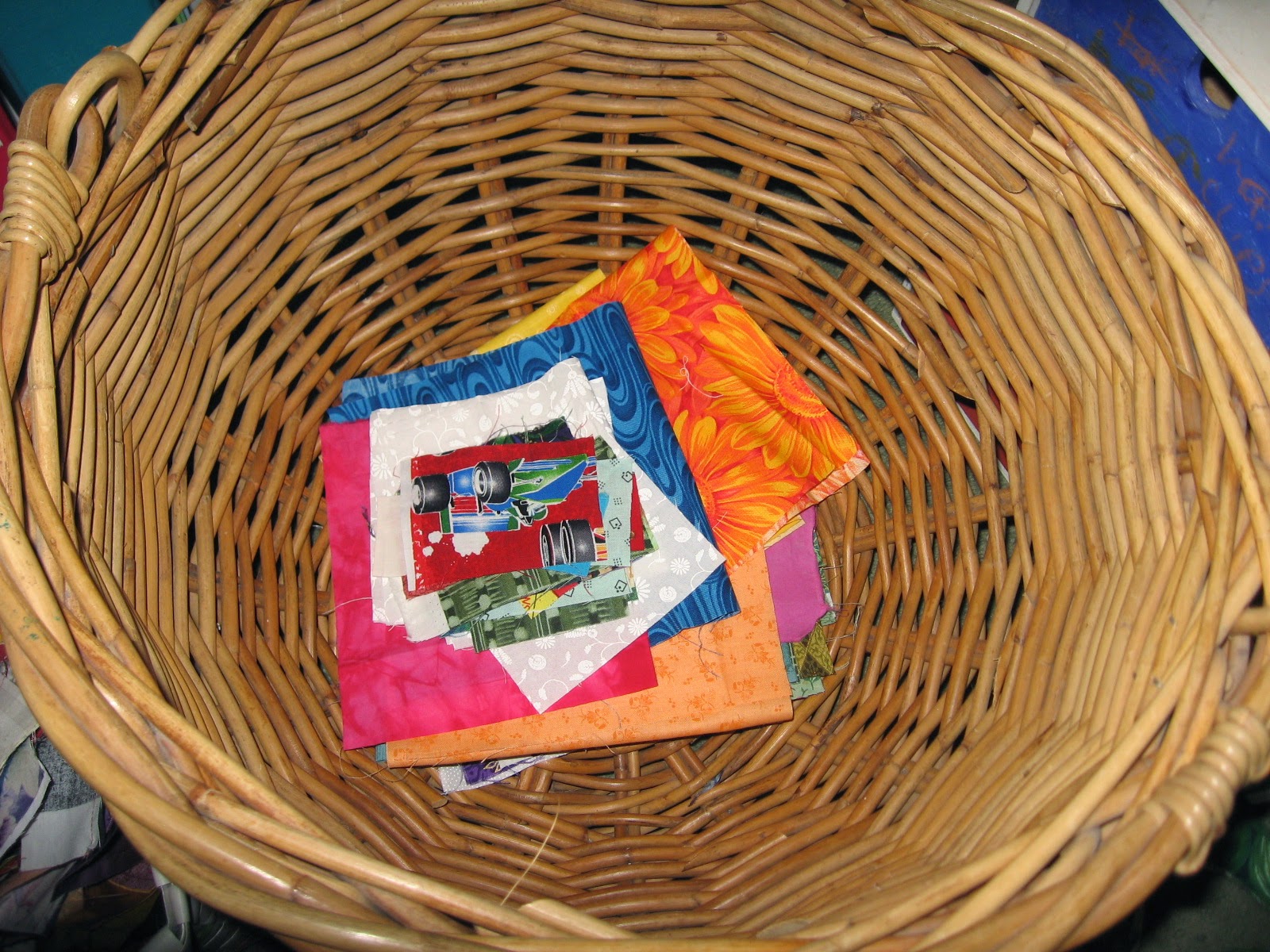 and the scrap basket itself is still low, though I've added a bit to it. But almost all the scraps are larger ones, as the small ones went into these blocks (except a handful of small scraps on the top, which are the result of trimming the excess off the strips while making the blocks in the top photo).

I can't wait to see what you are going to do with the blocks.